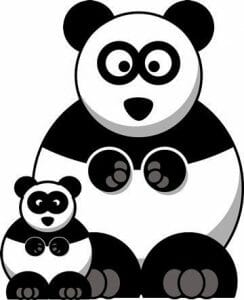 Google has just announced that earlier this week it started to roll out a new version of its Panda algorithm and if you want to know how to avoid being hit by Panda then we have a treat for you further down.

If you don’t know what Panda is (bedsides a big cute cuddly bear from Asia) then it’s a Google algorithm update, first released in February 2011, intended to weed out content farms, scraper sites and also thin sites from Google’s index.

Websites who’s primary intention is to generate ad revenue or sales commissions for its owners via affiliate links and therefore in Google’s eyes, add very little value to the users experience and the big ol’interweb in general.

And as the last version was Panda 4.0, we can safely class this as Panda 4.1.

Pierre Far (from Google) he’s not far from Google…well you know what I mean, stated…

So if you’ve noticed a drop in Google rankings this week then you may well have been hit by the big Panda 4.1.

On the flip side, if you got hit by Panda 4.0, which was released on 19th May 2014 and your keyboard has been smoking lately because you’ve been writing that much new content, then you may see a rise in rankings if big G thinks that you’ve done a good job.

If you have noticed a drop in your rankings this week then now is a good time to get busy creating quality content that your target audience will love.

Things is…it’s not always easy to come up with ideas for good quality content right?

So what content can you create that your audience will devour?

Well our friends over at copyblogger have produced an excellent infographic which illustrates, in a highly effective and complling way, how to come up with ideas for good solid quality content. We’ll certainly be using some of these brilliant ideas here at Expose Profits HQ over the coming weeks.